Where to see Brisbane's best Christmas lights in 2019 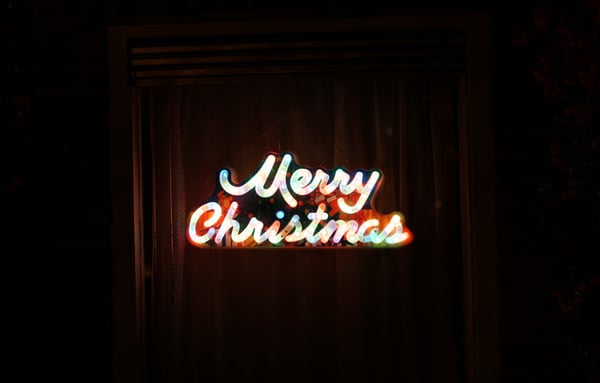 It’s the most wonderful time of year! Mariah Carey is impossible to avoid, fruit mince pies are back on the menu, Christmas movies are on repeat and families are lighting up the streets of Brisbane. With the countdown nearly over, the mission to find Brisbane’s best Christmas lights is well and truly underway.

There are a few things to consider when looking for the best Christmas lights in Brisbane. One thing’s for sure, wherever you are and no matter how much time you have, there’s a street packed with brightly lit wonder, ready for you to see.

After many seasons spent assessing and judging the lights of Brisbane, we’ve been able to round up which suburbs house the best Christmas Lights.

If you’re looking for the crème de la crème of Christmas lights, then look no further than 4 Huron Street in Banyo. This house is known for its flair and has won 4KQ’s annual Christmas Light competition, named Brisbane’s Best Christmas Lights in 2019. You’ll certainly want to get out of the car to explore the magical snowy arches. While you’re in the suburb, head to 24 Ellamark Street, 20 Hilltop Place, 81 Forude Street and 40 Raleigh Road for more dazzling displays.

Not only will you find bedazzled windows and driveways almost worthy of sunglasses in Chermside, but you’ll also find 4KQ’s Church and Community Winner at St Gerard Majella Catholic Church where a giant angel watches over a spectacular light show. In the house category, don’t miss 34 Ashley Road, 12 Whittaker Street and 27 Allamanda Place, close by.

We have just one for Bald Hills but, it’s a beauty! If you want extra, then look no further than ‘Brad’s Christmas Light’ Display on Paladin Place. This show is so epic, you can even have your name in lit up on the display, in sequence with the synchronised light and music show. Brad has truly taken Christmas lights to the next level. Better yet – the show is a fundraiser for a registered charity, so be sure to grab some loose change if you make the trip!

This year, you’ll find 4KQ’s Southside Winner in Algester at 7 Bluedong Place. The owners have been going all out here for years, consistently being recognised in 4KQ’s Winners List, and it’s not hard to see why. This house is covered in all things Christmas, it’s almost impossible to see the grass! While you’re exploring, also check out 39 Booyong Street, 6 Triantha Street and 32 Cordia Street.

A little closer in, you’ll find plenty of displays worth telling Santa about! People come from near and far to see lights in Upper Mt Gravatt. 74 Lindwall Street, 101 Kempsie Road and 106 Wemvern Streets are the ones to stop by and you won’t be disappointed.

Walking in a Westlake Wonderland is what you’ll be singing when you visit Everard Street. Here, you won’t just find one Merry home, but seven neighbours who have teamed up to create one epic display, consequently being awarded the Neighbourhoods Winner for 2019. However, these are no Christmas light rookies, there are pictures going back as far as 2013 showing the friendly neighbours putting up lights and drawing people from far and wide.

Known well by locals, the Hamilton Family Christmas Lights is an impressive light show, complete with a mix of Christmas and pop music. It even features a Harry Potter segment for all the Harry Potter fanatics out there! Sing, dance and laugh, all while watching a magical display of lights.

Brandella Place has some of the best displays on this side of town, complete with snow machines, dancing Santa’s and a photo studio! Picture a winter wonderland, only with Brisbane’s humidity. Not far off is Melrose Close – another festive street worth a visit.

Taking out the East Side Award this year is 38 Brooks Street, Camp Hill. Using more than 200,000 lights, the owner has created an immersive experience with a Disney theme – every child’s dream!

An oldie but a goldie, The Enchanted Gardens take over Roma Street Parklands every year. Wander down the magically-lit garden path where you’ll find plenty of spectacular light displays worth putting on the ‘gram. There’s also plenty of food options to get you through the night. Be quick, it’s only here until December 13.

Showing all the way up to Christmas Eve, City hall will light up with a Christmas tale, written by Brisbane children’s author, Samantha Wheeler. The animated narrative plays on a 15-minute loop between 7.30PM and midnight, allowing plenty of opportunities to get there.

Based on past years and the 4KQ competition winners, we are certain this well-rounded list of Brisbane’s Best Christmas lights will provide many fantastic nights of light looking in the lead up to Christmas.

Be sure to subscribe to our newsletter below to keep up with all things Brisbane and real estate.

Q & A with a Property Stylist

The Ultimate Guide to Valentine's Day in and around Brisbane

Making the most of Summer in Queensland

Brisbane Recognised as Number One for Luxury at Queensland Tourism Awards