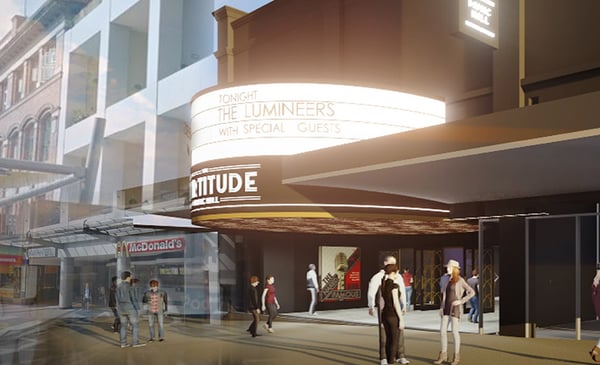 Many people have begun to take notice of Brisbane’s latest addition to the Valley’s entertainment precinct, the Fortitude Music Hall.

Located amongst the hustle and bustle of Brunswick Street’s social scene, the entertainment hall sits handsomely alongside many popular bars, restaurants and nightlife facilities such as The Bowery, Chinatown and The Met.

The Hall has been backed by John ‘JC’ Collins (owner of Brisbane venue, the Triffid, and former Powderfinger member) and Paul Piticco (co-founder of Secret Sounds), as well as Scott Hutchinson — Chairman of Queensland-based private construction company, Hutchinson Builders. “It’s always been our dream and mission to build a venue that fills the void left by Festival Hall and we are proud of the vision we’ve created for The Fortitude Music Hall,” Collins said. “The master plan is well and truly rolling out for a venue and space that will enhance the area and one that the community will enjoy and benefit from for many years to come. We are doing this for Brisbane!” as published on Brisbane Times by Tony Moore in 2019.

The Fortitude Music Hall comes as the largest ballroom and theatre styled venue in Australia, with a 3000 person standing capacity and an 1100 seating capacity. The concept has been inspired by some of the world’s most loved music venues — from classic art-deco theatres to larger clubs, while still paying homage to the iconic venues of Brisbane’s past. The Fortitude Music Halls’ prime location in the heart of Brisbane’s entertainment precinct, and state of the art production, culminate to boast a dazzling yet modest world-class performance space.

Brisbane’s hottest entertainment facility is equally as convenient as it is entertaining. With the Fortitude Valley Train Station located only 22 metres down the road, about a three minute stroll will have you connected to all lines in Brisbane including the Gold Coast, Ipswich and Nambour. The same goes with access to buses; just over a minute’s walk will take you to 12 nearby bus stops. The Fortitude Music Hall also houses five bars with a great range of tap beers, an extensive back bar selection and fine wine choices catering for all tastes and wallets.

The Fortitude Music Hall can also play host to your next function. Within the Main Auditorium holds an open floor space which can cater for a 480 person banquet, 2000 person cocktail event or 1100 seat theatre setting. The boutique art-deco styled space and exposed beam ceiling provides a platform for customised lighting experiences and aerial displays. Your guests can also enjoy refreshments from multiple bars servicing the area exclusively. For a smaller and more intimate setting, the Foyer is a the grand entrance to the Fortitude Music Hall and is able to be used as a seperate event space, and can host a cocktail party of 300. For the ultimate function experience, you can even utilise the entire venue taking advantage of the two-thousand, 2200 event capacity. 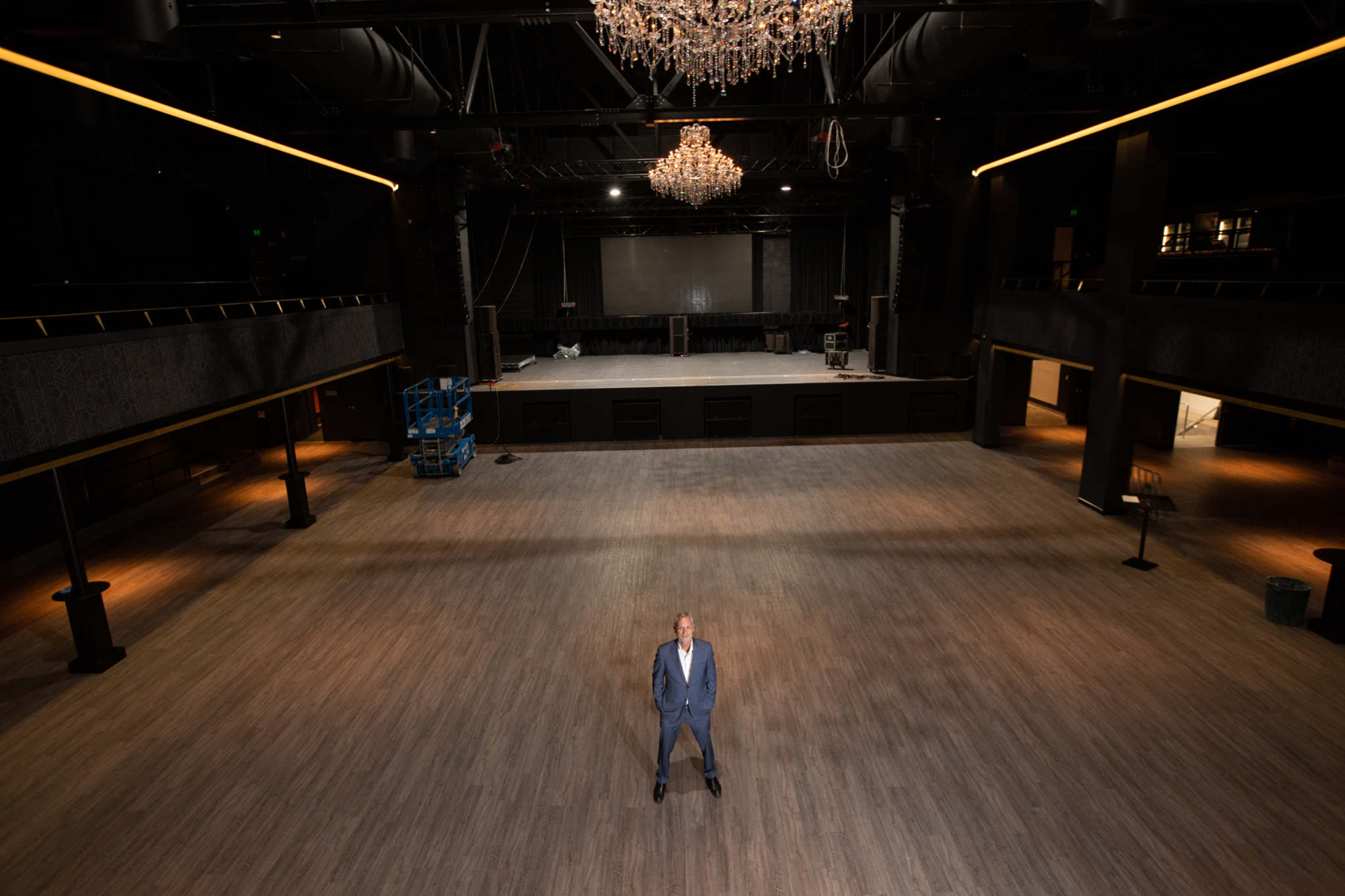 In the same interview conducted by Tony Moore, Mr Hutchinson told the Brisbane Times “…there is a whole generation of people who had grown up without Festival Hall and that needed to be changed," Mr Hutchinson said. The venue has already welcomed artists both nationally and internationally such as Birds of Tokyo, the Flaming Lips, Kasey Chambers and the Cat Empire. "Now big bands will play in the middle of Brisbane, not on the outskirts.” You can view a list of the upcoming performances scheduled to hit the streets of the Valley soon, as well as book your next function via their website.

The addition of this state of the art music hall comes amongst Brisbane’s booming social scene, shortly after the completion of the Howard Smith Wharves, Emporium Hotel and redesigned QPAC centre soon to come. To stay up to date with everything Brisbane and real estate, you can subscribe to our eNewsletter below.