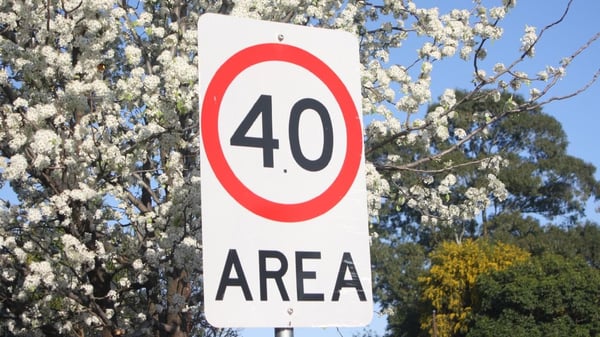 Two of Brisbane’s busiest roads will have speed limits reduced to 40km/h as part of a council plan to increase pedestrian safety.

From Tuesday 28th of May, speed limits on Oxley Road at Corinda and Old Cleveland Road at Stones Corner will be lowered from 60km/h to 40km/h.

On Oxley Road the reduced speed limit will run over a 400 metre stretch between Martindale and Hassall Streets. Stones Corner will see the speed limit slashed between Montague and O’Keefe Streets on Old Cleveland Road.

These roads are the perfect recipe for pedestrian accidents as they contain ill placed traffic lights and have pedestrians j-walking to reach shops on the other side of the street.

Former Lord Mayor, Graham Quirk when said when implementing the program that safety zones would be “prioritised where traffic-light crossings are not viable or where pedestrians are crossing the road dangerously, without pedestrian crossing.”

The changes come after research has found that reduced speed limits can prevent crashes from happening and can minimise the impact when they do occur, lessening the severity of injuries sustained by the victims.² The higher the speed of a vehicle, the shorter the time a driver has to stop and avoid a crash. A car travelling at 50 km/h will typically require 13 metres in which to stop, while a car travelling at 40 km/h will stop in less than 8.5 metres².

By reducing the speed limit to 40km/h, it’s anticipated these changes will lower pedestrian and cycling incidents.

Whilst the changes are drawing mixed reviews online, local Place Estate Agent, Shannen O’Connor says, “lowering the speed limit on Oxley Road to 40km/h will reduce the risk to our community on what is the main thoroughfare through Corinda. It will keep the kids in the area safer outside of the designated school zone hours.”

“It’s important to be patient and cautious as motorists adjust to the new changes to keep pedestrians safe in our streets,” she said.

Signs will go up on Monday 29th of May and line markings will be painted on the road to remind motorists of the changes.

It’s expected Brisbane City Council will reduce the speed limit on other roads around Brisbane later this year.

Other roads being considered for reduced speed limits include: The Esplanade in Wynnum, Flinders Parade in Sandgate, Archerfield Road in Richlands, Beaudesert Road in Moorooka, Riding Road in Hawthorne and Oxford Street in Bulimba.