The Story Behind The Suburb of Camp Hill's Name 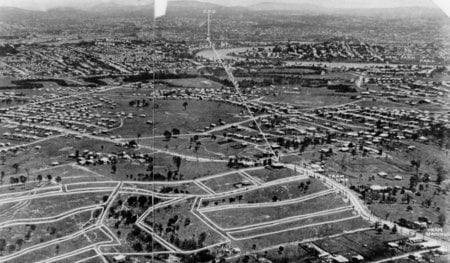 Today’s commuters certainly have an easy ride when it comes to getting from Brisbane’s coastline to the city centre.

The 24 km journey is a breeze if you hop on the M3 or catch the Cleveland train line. However, for early settlers, it was a considerably lengthy and difficult trek.

Brisbane’s beloved suburb of Camp Hill often served as a stopover point for early settlers partaking on the arduous journey, which often took a few days.

The hill was a welcome rest area, providing the suburb’s namesake ‘Camp Hill’, derived from none other than the fact that it used to be a hill for weary travellers to camp on.

The spot was particularly popular with ‘teamsters’, otherwise known as horse truck drivers in the mid 20th century, along with original early settlers including farmers, bringing produce to Brisbane’s centre.

It’s believed that the location was more specifically what we know today as Whites Hill, as there was a waterhole at the foot of the hill. There was also an inn or trading shop, which was another attraction for weary travellers looking to camp at the base of the hill.

Therefore, when settlement began, the fledgling suburb Camp Hill was born. Its first residents consisted primarily of German settlers, who established vineyards and dairy farms in the area.

Today, Camp Hill is one of Brisbane’s most desirable suburbs due to its proximity to the city (6 km), and its abundance of nature reserves and parks, which is a rarity for a suburb so central.

If you're interested in learning more about Camp Hill, check out our suburb report here.