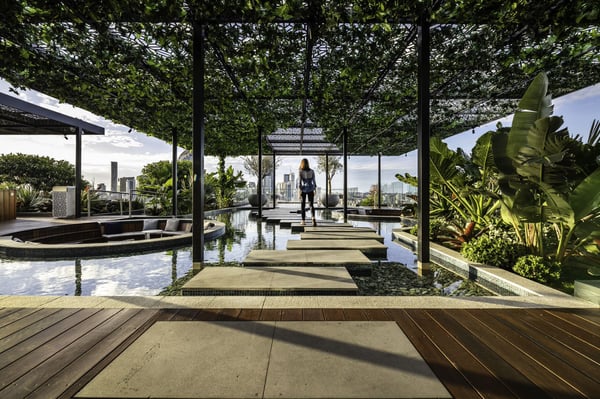 The Brisbane real estate market has grown from strength to strength in recent years, showing no signs of slowing down.

With 2019 just around the corner, the city’s median house price has hit an all-time high, and prices are forecast to continue growing faster than any capital city over the next two years.

According to Domain Group’s Property Price Forecasts report, house prices in Brisbane could increase by 4% in 2019, and then by a further 5% in 2020.

Meanwhile, the latest Real Estate Institute of Queensland Market Monitor revealed that the city’s median house price grew by 2.3% in 2018, reaching a record breaking figure of $675,000.

Combined with house price growth of almost 30% over the past five years, these factors have enabled Brisbane to secure its place as one of Australia’s most stable capital city markets.

REIQ Chief Executive, Antonia Mercorella told The Urban Developer that the Queensland economy was proving to be a solid performer, with new jobs bringing population growth and demand for housing.

“Recently, up to 50% of enquiries my team receive come from interstate. Most are from Sydney and Melbourne, but there’s certainly some from Adelaide and Perth. This influx of interstate buyers is showing no sign of slowing, and already we have appointments with these buyers in January.”

If you’re interested in learning more about what 2019 has in store for the inner-east Brisbane real estate market, get in touch with one of our agents today.