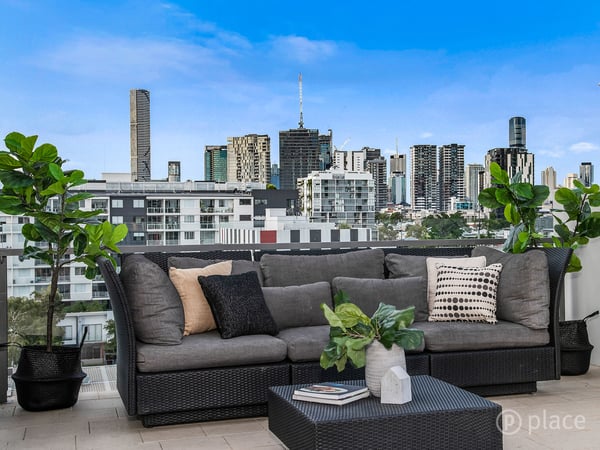 When agent Karen Simons of Place Graceville listed 266/8 Musgrave St, West End she knew she had to do something differently to sell this apartment effectively.

Looking at the sale history of the apartment, Karen could see that on both previous occasions the property took 150 days to sell.

“I looked around the property and the apartment was stunning. With its great location in West End and sought-after city views, it had no reason to take that long to sell,” Karen recalls.

It was clear that she had to employ a different strategy to secure the successful result both herself and her client wanted; a quick sale time and great sale price.

Upon reviewing a variety of strategies, Karen recommended to the owner they should take the property to auction. It’s clear that her strategy was the right selection, as the home sold at auction after just 28 days on the market, and for $38,000 over the owner's expectation.

Initially when Karen recommended an auction campaign, the owner said, “I don’t like auctions and I won’t consider one.”

Karen knew how important it was to deliver the right process for the right property. With this apartment located in the crowded West End market, she knew this property had a point of difference that needed to be highlighted.

Once the owner realised an auction would bring several clear advantages, the owner agreed.

In this case study, an auction strategy offered clear advantages for the West End apartment. 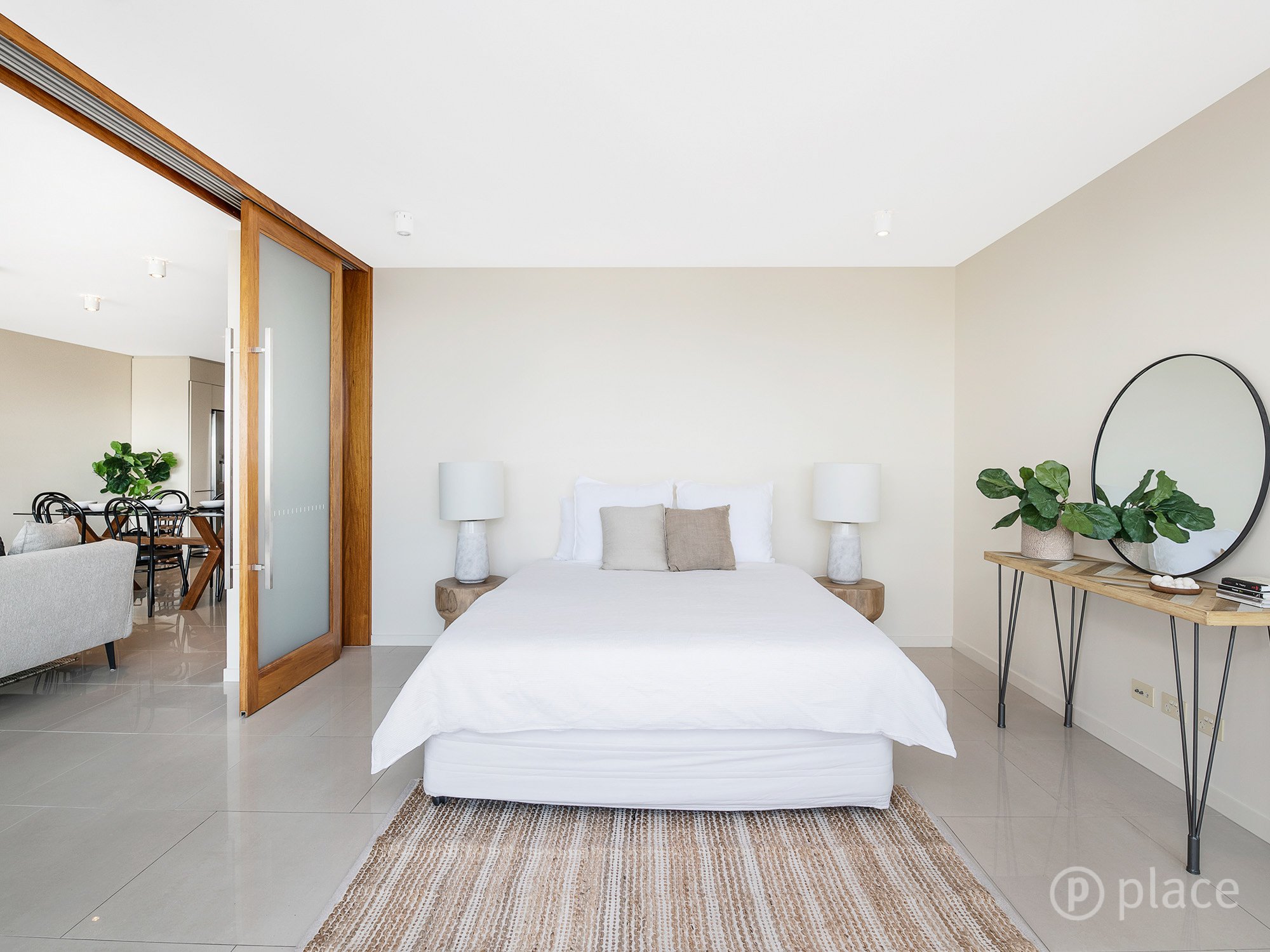 An auction forced people to decide quickly, which shortened the days on market. Karen believes this is ideal for those who don’t have the luxury of sitting on the market, or simply want to reduce the stress of keeping a property in pristine condition for months of open homes.

"Conducting an auction campaign forced buyers to make a decision within our timeframe. When auction day came around, buyers had to be ready to bid, otherwise they risked their opportunity to buy their dream home.”

“Without this auction, the prospective buyers may have spent another few weeks negotiating before they bought the home,” she says. 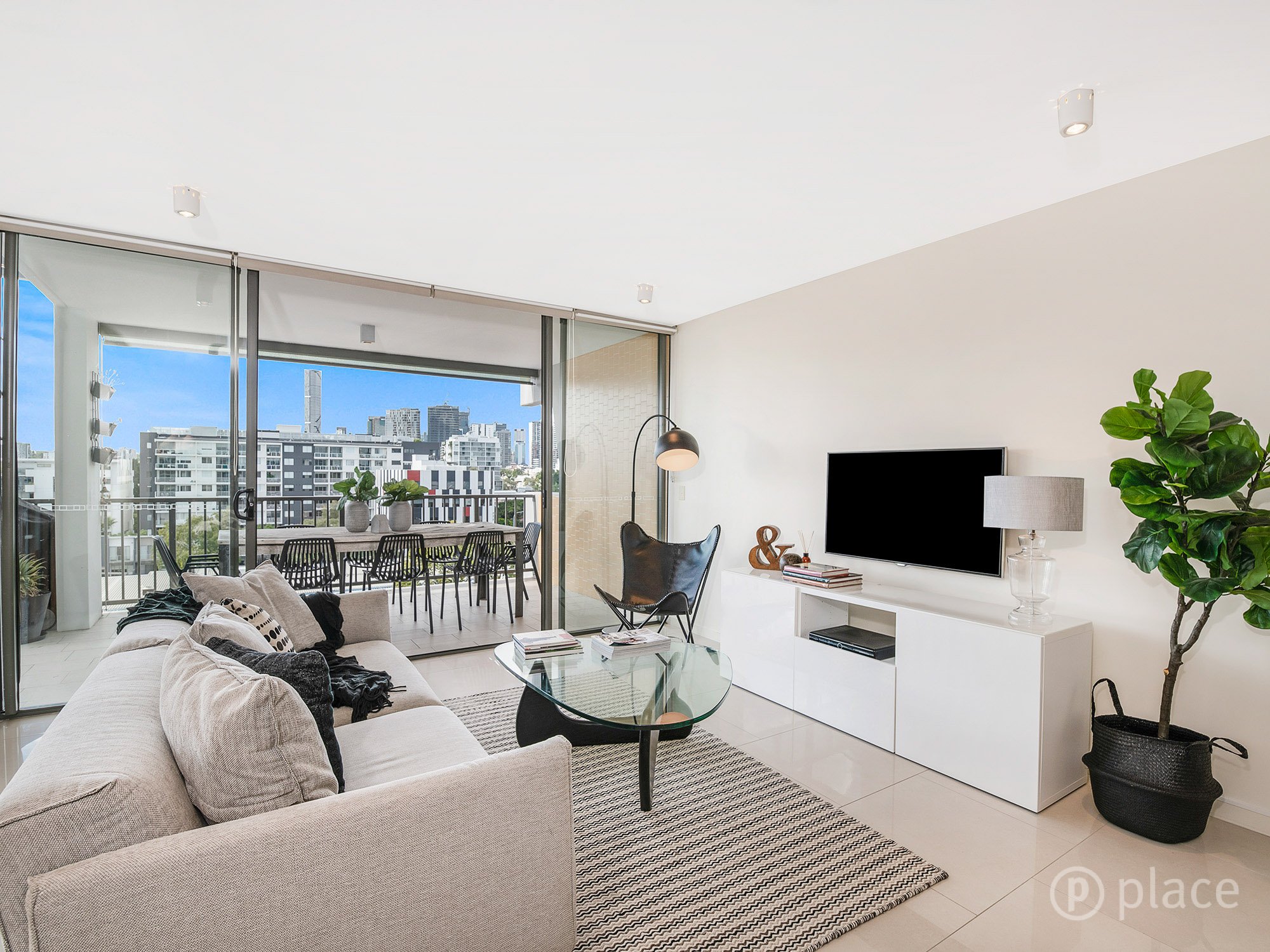 2. Make the property stand out

In West End, the market is quite flooded with choice.

“I knew I had to ensure the online presence of the property was exceptional and ensured it stood out from the crowd ,” says Karen.

“I looked for unique aspects of the property and really drove those features home in the marketing. It had an amazing 50 metre terrace, uninterrupted city views and was situated in the sought-after West End school catchment.”

“By drawing attention to these features, it attracted more attention and more genuine interest to the property,” she reflected.

It had a unique point of difference that would appeal to buyers, and this emotional buy-in factor created important competition amongst buyers.

3. No tenants during the sale

To assist the auction campaign, Karen recommended the house shouldn’t be tenanted during the sale. Having no tenants streamlined the auction process.

“It meant there was no added complication of providing tenants 24 hours' notice and I had control over how the apartment looked. If a prospective buyer called, they could come straight over to the apartment and I knew exactly how it would look.”

“It was perfectly presented every time. Buyers could walk through the home and have a good experience. That's what it’s all about,” she says.

4. Understand where the market sits

When conducting an auction, owners sometimes think they’ll sell themselves short. In fact, the opposite is true, auctions can help generate more competition during the campaign.

Karen said at the end of the three weeks, they knew where the market was sitting.

“There was plenty of feedback within the three-week campaign which allowed the owner to make informed decisions,” Karen says.

“At the end of the auction campaign the owner got to still say 'yes' or 'no' to the price. The auction helped to generate more competition and speed up the process.”

“An apartment on the same level sold for $820,000. It was the benchmark we based our sale around.”

“Our apartment deserved a better number as I believed it was a superior home with a superior view. In the end, the seller had a clear vision of where the market saw value and buyers could see their competition. This competitive but transparent process delivered a result $38,000 higher than had been previously achieved in the building and in just a fifth of the time,” she said.

5. At the fall of the hammer the home is sold

Finally, when the hammer comes down at the auction, the seller is in the comfortable position of knowing the sale price is secured with no risk of change, and the contract is cash unconditional with no finance of building and pest to further navigate.

Karen said “this level of security is very important to sellers in this current market.”

Overall, Karen says this strategy delivered a great outcome. Karen conducted an auction campaign on this property to maximise results. At the end of the day, it was a success and the owner walked away with more than he expected when the property sold for $858,000.

“We chose the right strategy to get the property sold in the shortest amount of time at a price to the owner was extremely happy with.”

For every property there is a strategy that can get it sold quickly and effectively. For this West End apartment, an auction was a no brainer.

6 Prestige Properties in Brisbane going to Auction in May

The Benefits of going to Auction in the current Brisbane Market