The New Brisbane Suburbs welcomed into the 'million-dollar club' 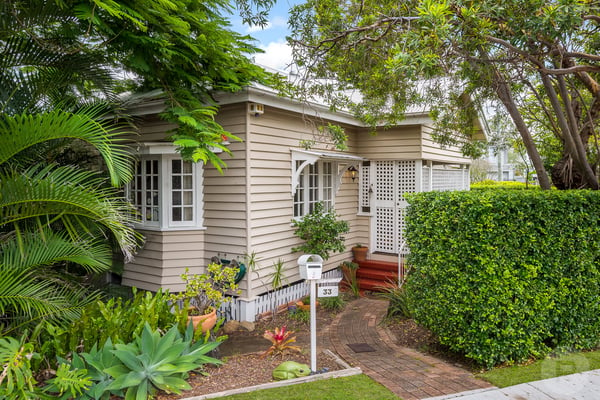 It’s no secret that Brisbane’s property market has had an incredibly busy 12 months, gaining interest from local, interstate and international buyers alike. Proving just how much the market is heating up, CoreLogic’s inaugural Million Dollar Markets report revealed which suburbs are selling in the million-dollar price-range. The results? It seems there are some new kids on the block.

The only state in Australia where regional parts have a similar number of million-dollar suburbs available as its capital city, Queensland has well and truly captured buyers’ attention. Fifty-one Brisbane suburbs have recorded a median house value of at least one-million dollars, with 22 enclaves making the report’s ‘newcomers’ list.

Recording a median price jump of $237,647 since May 2020, Ashgrove has topped the ‘newcomers’ list and has established itself as a desirable suburb. With a median house value of $1,207,524 as of May 2021, this inner-city pocket is loved for its heritage Queenslanders and proximity to Brisbane’s CBD. Following, respectively, are Norman Park, Seven Hills, Toowong, Red Hill and Kenmore Hills.

Place Bulimba Lead Agents, Shane Hicks and Antonio Puopolo recently had a competitive Auction at 9 Joan Street, Norman Park which sold under the hammer for $1,260,000 to a buyer who saw the home for the first time the morning of the Auction. Antonio says he isn't surprised to see Norman Park breaking the 1 million mark.

"Interest in Norman Park has always been high, but we've seen this build and keep building in the last 6 or so months. It all comes down to supply and demand; every home we're listing has more than a handful of genuine buyers which in turn, makes the final result more competitive."

To view the full list of ‘newcomers’, read the CoreLogic ‘Million Dollar Markets’ report here. For more ideas or to keep up-to-date with all things Brisbane real estate, subscribe to the newsletter below.

Brisbane Property Market: What's Predicted for the Remainder of 2021?

Get to know the defining features of Queenslander Homes