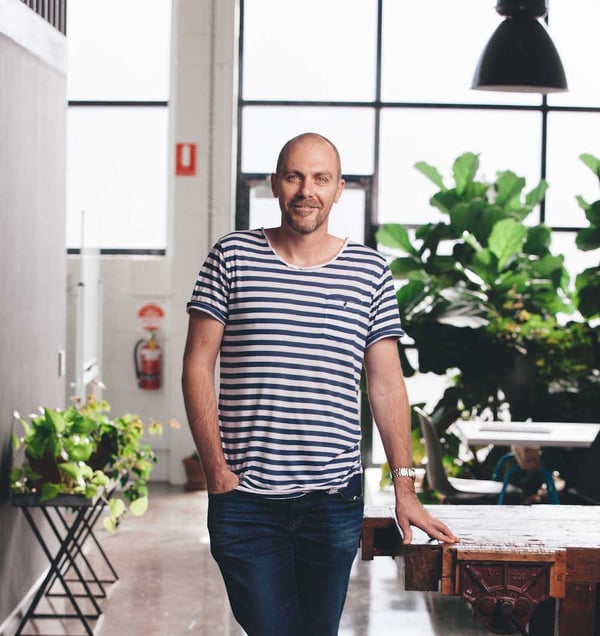 When I left Brisbane in my early twenties I was certain I’d never return.  Though things were starting to change rapidly, the city still had the feeling of a ‘big country town’.  Like most people that age I was itching to see what the rest of the world had to offer.

When I arrived in London I walked around for weeks handing out my resume.  I’d never worked in a bar before and barely knew one end of a corkscrew from the other.  Eventually I was offered a job collecting glasses in a pub.  Luckily some old hands took me under their wing and showed me the ropes.  I eventually became a manager there and went on to work in various places around the city.  I even started hosting my own events in a warehouse on Brick Lane in the Old Truman Brewery.

I’ve met a lot of good people working in hospitality. Most do it as a way to survive while trying to do something else, which probably makes them more interesting I suppose.  There’s definitely a good camaraderie when you’re working hard with your crew and the music is pumping and the bar is stacked ten deep.  Then the lights come up, you throw the punters out and have a drink with your mates. Good times for sure.

After five years of working late nights I needed a change of scene so took a year off in Barcelona. I spent the time wandering around, hanging at the beach, meeting all sorts of interesting people, recharging the batteries.  It’s an incredible city with a renowned bar culture, stunning architecture and an undeniable creative buzz.  Friends of mine would rent old warehouses to form small artistic collectives.  One of them was located deep in the Old City, its doors opened up onto the huge stone blocks of Barcelona’s ancient Roman walls.  There was always a fantastic communal atmosphere and it was a beautiful place to come to work.

Eventually my money ran out and it was difficult to find a job so I moved to Paris.  I’d just started working in a bar in Saint Germain when my parents came to visit.  They had a business in Brisbane that had been in the family since 1934.  There was obviously a lot of history there… my grandmother managed the place for over 55 years and we had a workshop right on the corner of Edward and Queen Streets.  As a kid I’d often help out after school and I remember climbing onto the corrugated awning to watch the diggers march past on Anzac Day.

My folks asked me to come back and help out.  I wasn’t keen to leave Europe but a few weeks later I had a kind of epiphany working late one night.  It was 2am, I was loading the glasswasher, the steam was pouring in my face, I was covered in muck and soaked with sweat.  It was November and the icy winter chill had already gripped Paris.  I was 30 years old and sleeping on the floor at a friend’s house.  I thought if I didn’t make a change I’d be washing glasses for the rest of my life.

So I made the decision to return and went back to work in the family business.  It took a few years to get my head around being back in Brisbane, and to working in a factory.  But things really changed when my father had a stroke.  I had to take over running things alongside my mother.  A tenant had just moved out of one of the warehouses we owned down in the Valley next to the railway line.  It was rough-as-guts and full of asbestos but it had these amazing industrial features such as huge iron girders and heavy timber floors.

My first thought was that it’d be a cool place for a party, then the idea of an actual venue evolved from there. I also decided to create a shared workspace upstairs similar to those my friends had done in Barcelona.  This was well before the current buzz around co-working had even become a thing.

So now I find myself working in hospitality once again, but now I’m the old hand on the bar.  It’s been on hell of a journey since opening Lightspace over eight years ago.  There’s been lots of blood, sweat and many many beers.  We’ve hosted thousands of weddings and all manner of events.  I’ve met loads of interesting people in the studios, including my partner.  Last year we had a beautiful baby boy.  I’m happy to be back.  Brisbane has evolved into a world-class city over the years.  With the beaches of Byron Bay one way and Noosa the other it’s a good place to be.