Which Side of Brisbane’s Western Suburbs Should you Live On? 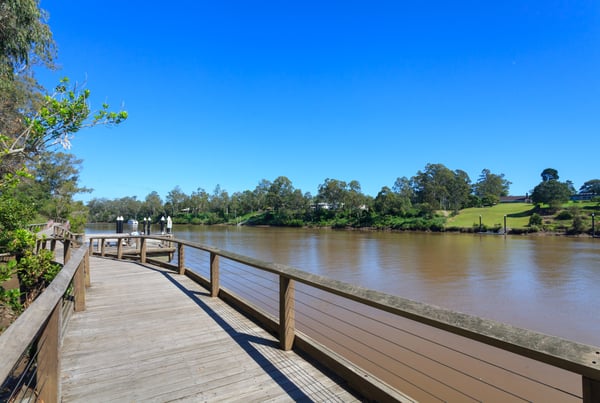 There’s a light-hearted rivalry in Brisbane’s Western suburbs and it all stems from one point of contention: whether you live on the Northern or Southern side of the river.

There are tell-tale signs of which camp you fall into. In the morning do you brave the Moggill Road traffic or the Honour Avenue traffic? Is Mt Ommaney or Indooroopilly your local shopping centre?

This friendly rivalry stems from the fact that Western Suburbs are split by the Brisbane River. The Northern side encompasses Indooroopilly, Kenmore, Kenmore Hills, Brookfield, Fig Tree Pocket, Pullenvale, Anstead and Moggill.

A short journey across the bridge will find you on the Southern side of the river, which encompasses Chelmer, Graceville, Sherwood, Corinda, Oxley, Jindalee, Sinnamon Park and Seventeen Mile Rocks.

The Northern side of the river has a distinctly country feel in a suburban setting. The region boasts larger blocks, some acreage and bushland surroundings.

With many young families residing in the area, it’s the type of place where children befriend their neighbours and play on the street until it gets dark.

On the weekends you’ll find residents walking through bushland reserves located out the back of their houses.

These larger blocks come with a downside, the suburbs are located a bit further from the city than other suburbs.

By public transport, it would take around 50 minutes by bus to get from Kenmore to the city.

However, with many local shopping centres and frequent public transport, many residents thrive on having a peaceful oasis which is still a stone’s throw from the city.

In contrast to the country feeling of the Northern side of the river, the Southern side has more traditional properties with manicured gardens (think Queenslanders with a white picket fence).

The Southern suburbs don’t have the hustle and bustle of an inner-city suburb, however there is a lively yet relaxed feeling to the suburb. It is inner city living without the rush.

In the afternoons and on weekends, residents can be found enjoying the many cafes or walking around the suburbs enjoying the parks and river views.

Finally, the Southern side of the river is in closer proximity to the city and to public transport, than the Northern suburbs.

It is only 20 minutes from Graceville to the city as the southern suburbs boast a train line.

Due to its proximity to the city, the blocks are smaller and there is less bushland compared to its Northern counterparts.

With many people looking to get a slice of the area, the median price of the Graceville, Sherwood and Chelmer region sits over $200,000 above the Brisbane median1.

However, these divided suburbs have more similarities than difficulties. All the Western suburbs of Brisbane have access to well-known, established schools and high-schools.

If you would like to live in Brisbane's Western suburbs, on either the Southern or Northern side of the river, then contact Place Graceville today and we can find your dream home.