The cash rate and the Brisbane Property Market: what does it mean? 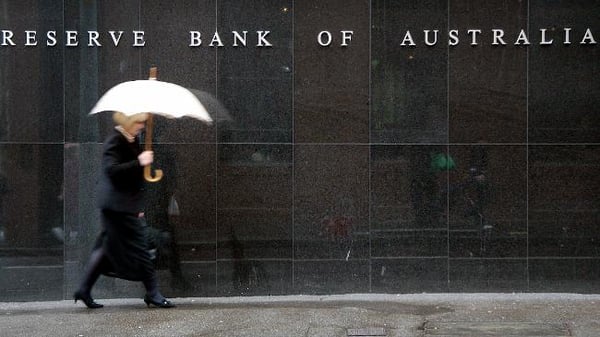 The Reserve Bank of Australia (RBA) has increased the cash rate by 25 basis points from 0.1% to 0.35% marking the first rate rise since November 2010.

In a statement, the RBA said: "Given both the progress towards full employment and the evidence on prices and wages, some withdrawal of the extraordinary monetary support provided through the pandemic is appropriate."

On the RBA's decision to raise the cash rate, Treasurer Josh Frydenberg said: "It had to normalise. It’s a reflection of an economy coming back to life after the pandemic."

We explain what the recent cash rate hike means for borrowers and the Australian Economy and our Property market.

Is this about inflation?

Yes. The RBA is raising rates because inflation has increased “more than expected.” The RBA aims to keep inflation between 2-3%. The measure of inflation the RBA uses is currently at 3.7%.

The RBA wants inflation to be low and stable because it “contributes to sustainable economic growth and the prosperity and welfare of the Australian people.” The cash rate is the RBA’s main tool for fighting inflation. If the RBA charges the banks a higher rate and they pass this onto their customers, it makes it more expensive for everyone to borrow money and more attractive to save because you earn more interest.

In layman's terms, raising interest rates makes borrowing money more expensive, but it can also lead to more returns on savings and super (which earn interest on growth). The idea is that this takes money out of circulation, taking pressure off prices and reducing inflation.

It’s important to note that this initial change is incredibly modest, considering the last time the RBA raised rates in 2010 it was from 4.5% to 4.75%. Rates have fallen since then because we have had the opposite problem, inflation was too low.

What are the consequences?

On the other hand, money saved in a bank account, will start to earn more interest. This all depends on whether your bank passes on the higher interest rate to you.

There will also be broader economic consequences. Higher interest rates lead to less economic activity, which is the entire point of this decision. This might help to reduce inflation, but there’s also a chance there are implications for unemployment and wage growth.

For this reason, the RBA has previously said it wanted to wait until wages started growing before raising interest rates.

The RBA board said on Tuesday that they believed wage growth was “picking up.” It has also predicted unemployment – which is at its lowest level since 2008 – would fall even lower from 4% to 3.5% by early 2023. It said this would be “the lowest rate of unemployment in almost 50 years”.

In their announcement the board also said it was “committed to doing what is necessary to ensure that inflation in Australia returns to target… this will require a further life in interest rates over the period ahead.”

How far interest rates will rise will depend on whether the current high inflation is short-lived or persistent. The RBA board meets every month to consider the latest evidence and update the cash rate, with the next meeting falling on 7 June.

What does this mean if you own a property?

There is a high chance that banks will be passing on this increase to lenders, which will mean an increase in monthly loan repayments. Those on fixed rates will be insulated from the immediate rise.

For those worried about their capacity to withstand higher interest rates with their repayments, it's recommended to reach out to your broker or a financial advisor to explore your options.

What does this mean if you’re looking to buy?

Higher interest rates will lower inflation and thus benefit both savers and non-homeowners. When the time comes to purchase, your mortgage broker will consider interest rate predictions with your capacity to borrow money and make repayments.

What about the Brisbane Property market?

The media are quick to spread the message that when interest rates rise, the value goes down however, historical data provides no evidence to support this claim.

Over the last two years, low mortgage rates have been one of many demand drivers for property in Brisbane. Other factors have equally, if not contributed to more demand, such as lifestyle and affordability when compared to the southern states (our median house price is still less than half of Sydney's).

The fundamentals across South East Queensland are better placed to support further growth, which is only going to continue as we get closer to the 2032 Olympic Games and all that will come with it. Over the next 10 years, Brisbane will become one of the most liveable cities.

Therefore, while these factors are still true and the supply of properties for sale remains low, the Brisbane property market will continue to rise in value, albeit at the more 'normalised' rate we have seen in 2022 so far.

As Brisbane's Real Estate Agent, we will be reporting on our observations to keep you informed and help you make your next move.

To keep up to date, subscribe to our newsletter below or sign up to Place Insights, here.

Why I love Annerley: Interview with Nick Bekker

How has the housing market changed since COVID-19?

Case study: Sustainability is at the core of this century-old story

Must attend Auctions this Charity Round weekend