What infrastructure projects are happening in Brisbane? 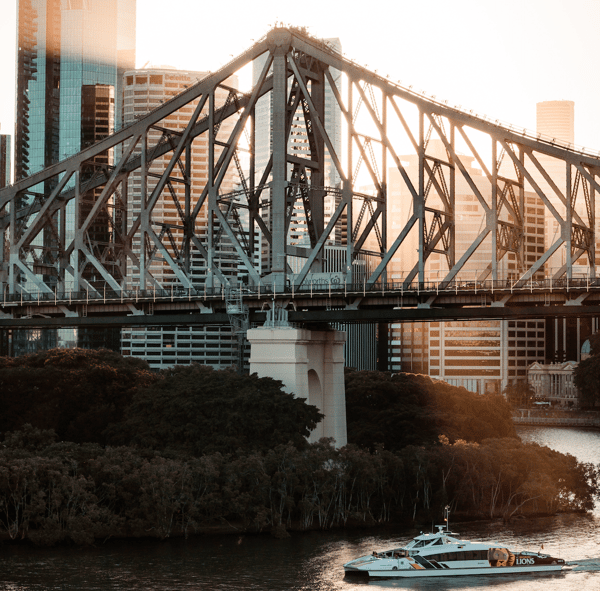 There are a lot of exciting infrastructure plans occurring over the next few years in Brisbane and we’re eager to see this city’s infrastructure continue to grow and evolve as its people do.

From new café and restaurant hubs, and stunning stadiums to improved transportation options, Brisbane is looking bright as it makes its way further into the ‘Golden Decade’. Read on to see upcoming infrastructure plans across Brisbane.

Blending beautifully repurposed heritage buildings with exquisite contemporary architecture, Queens Wharf is set to put Brisbane on the map as a tourism, leisure, and entertainment destination.

The plans for the project include a sky deck, 1000+ premium hotel rooms, up to 2,000 residential apartments, a pedestrian-only bridge connecting Queen’s Wharf and South Bank, a 1,500-person ballroom, 50+ restaurants, bars and cafes and new and exciting retail opportunities. The first stage of the $3.6b Queens Wharf integrated resort is due for completion in 2023.

The project has the potential to deliver 450 jobs per year during construction, with 1000 jobs in the peak year and 600 ongoing jobs once operational. The project is expected to be completed by 2024.

Redefining Brisbane’s transportation options, the Cross River Rail is a new 10.2 kilometre rail line from Dutton Park to Bowen Hills, which includes 5.9 kilometres of twin tunnels under the Brisbane River and the CBD.

The Cross River Rail project is intended to improve quality of life, help the economic growth of Brisbane, generate thousands of jobs, and activate urban development across the whole Brisbane region.

Referred to as a city-shaping development for the Queensland capital, Waterfront Brisbane is planned to deliver a global-standard business and tourist destination that aims to maximise its prime riverside location with enhanced open spaces, amenities, and a premium waterfront dining hub.

The project plans are continuing to evolve, and the construction of the project will be a staggered delivery, with the works on the Eagle Street Pier site to commence in 2022. The completion date is expected to be by early 2027.

A $175 million infrastructure project that will put Brisbane on a global stage, the New Performing Arts Venue (NPAV) is in the midst of the construction phase. NPAV is currently being built at Queensland Performing Arts Centre (QPAC) and will deliver a new world-class, theatre facility for Brisbane, supporting more than 100 jobs during construction and more than 40 new full-time jobs upon completion.

The theatre is expected to deliver capacity for an extra 260 performances annually and the innovative design will ensure that the Cultural Centre continues to be a much-loved destination for locals and visitors. The project is scheduled for completion in 2023.

Making Brisbane easier to get around on foot, bike or scooter, the Brisbane City Council is building green bridges across the city, with expected completion by late 2023.

The new bridges are planned to link Kangaroo Point to the CBD, Toowong to West End, St Lucia to West End as well as a new crossing at Breakfast Creek.

With construction approved for the Kangaroo Point bridge, the contract awarded for the Breakfast Creek crossing and detailed planning underway for the Toowong to West End and St Lucia to West End bridges, Brisbane is on the path to being a greener city.

For more infrastructure news and to keep up to date with all things Brisbane real estate, subscribe to our newsletter below.

Bidding with confidence at Auction

How do rising construction costs affect the property industry?

Maintenance and repairs in your investment property

What's been happening in the Brisbane Property Market?